A new reality that is becoming apparent in big cities is that everyone is constantly being monitored and surveyed. Facial recognition has exponentially increased in use as governments have started to implement the latest technology including the use of artificial intelligence and neural networks.

This has caused privacy to increasingly become a big concern for many people.

However, there is some good news… A T-Shirt. Yes, a t-shirt designed to beat the facial recognition AI and can make you invisible to CCTV surveillance.

A Bit of History on The T-Shirt Technology

Sometime back, researchers in Belgium created a cardboard design that could deceive object detection systems in surveillance cameras.

The researchers expanded the test to a less rigid textile print. This technology was able to evade detection by AI detection systems such as YOLOV2 and Faster R-CNN. 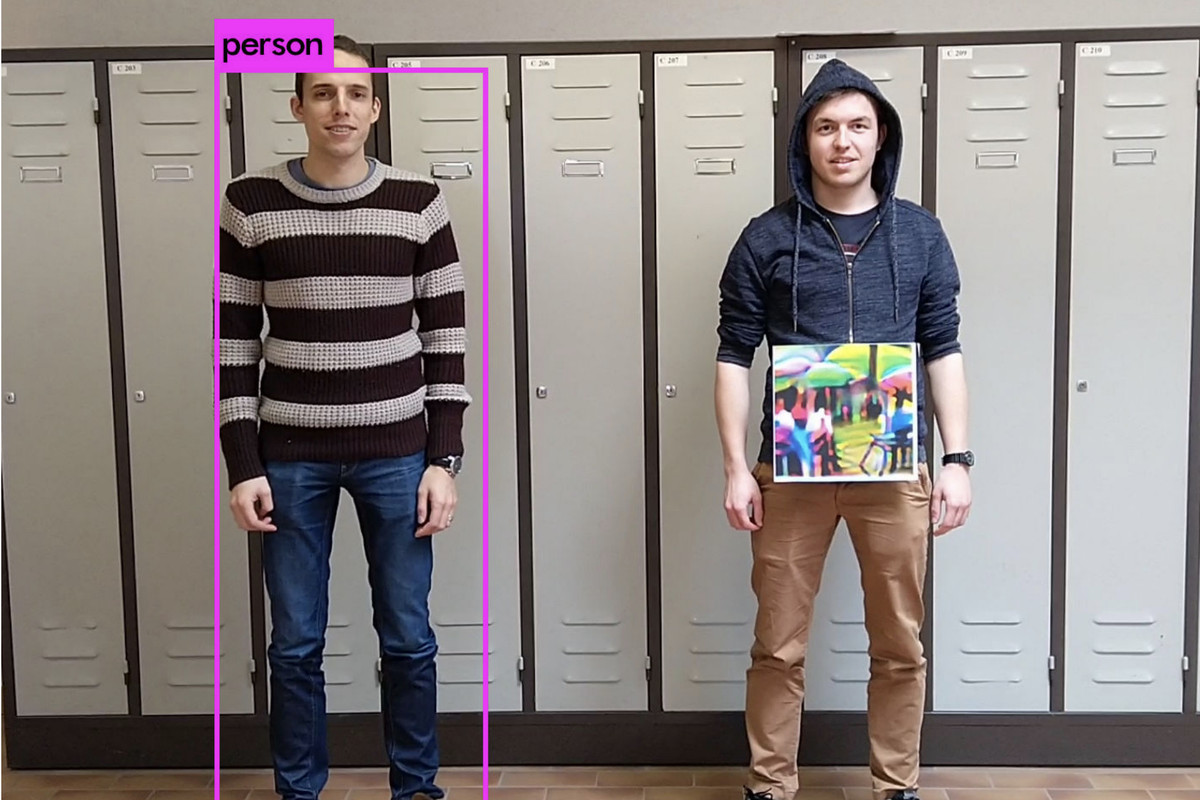 Why Use a T-shirt?

A t-shirt is an easy way to move around without drawing any special attention from surveillance.

Can a t-shirt render an individual invisible? A unique t-shirt with unique image designs, which can fool face-detection cameras is now the talk of the town.

The t-shirt was designed at Northeastern, IBM, and the Massachusetts Institute of Technology. The t-shirt can confuse and deceive CCTV cameras into thinking that the wearer is invisible.

AI facial recognition technology works by separating an image into separate objects and assigning labels to those objects. The t-shirt designers capitalized on this concept to deceive digital surveillance algorithms.

The researchers used the YOLOv2 and Faster R-CNN detection networks, used previously by Belgium researchers for similar work, to test their new technology.

The technology can predict the way the neural networks split the image and then alter the boundaries of those images in a way that deceives the facial recognition network to map out image features incorrectly.

Creating an effective pattern design on a moving object is a challenge in the real world since people moving results in wrinkles in the t-shirt. What is interesting about this t-shirt is that it works effectively even when the individual is in motion.

Can Artificial Intelligence and Neural Surveillance Systems Be Fooled?

It is common knowledge that deep Artificial Intelligence Surveillance networks are highly expressive and powerful. These networks can, however, be fooled.

In 2014, researchers at Google found it easy to fool ConvNet’s neural networks. The network could easily identify the image of a Panda with reasonable accuracy.

The researchers distorted the image slightly and the network interpreted the same image as a gibbon. Another group of researchers discovered that adversarial modified images can fool neural networks under different lighting and orientation setups.

It is also interesting to note that another research titled “Accessorize to a Crime: Real and Stealthy Attacks on State-of-the-Art Face Recognition” demonstrated that wearing glasses can fool facial recognition software.

Another research also demonstrated that placing stickers on stop signs can also fool neural networks to misinterpret the speed limit.

The unique common factor for all these research works is that they used static images.

To fool neural networks using moving images such as video is a harder task. The t-shirt researchers came up with a revolutionary concept called “transformer”.

The t-shirts have elicited a lot of excitement in social media. A search on Google on such t-shirts yields so many results.

Events such as the recent Hong Kong protests led to an increased demand for systems to hide people’s identity. Such systems may likely face legality hurdles.

Would the t-shirts be allowed by authorities? Hardly.

The MIT and IBM t-shirt researchers claim that the t-shirt achieved up to between 57 and 74 percent success rate in their tests. In real life, that will unlikely meet the advertised success rate.

This success rate will need to be higher to allow a successful sale to the mass market.

Professor Xue Lin who is an author involved in the research noted, “Ours have been optimized a lot and can only have less than a 60% success rate”.

It is easy to dismiss the t-shirt and similar technology as too far-fetched to become reality.

In-fact Professor Xue Lin has ruled out the possibility of assisting people to escape surveillance. However, it will not be a surprise to see other entities come up with commercial replicas of these t-shirts.

Designer Kate Rose, for instance, has designed clothes that can confuse Automatic Plate Readers are that are already for sale.

View all posts by The Techonomics